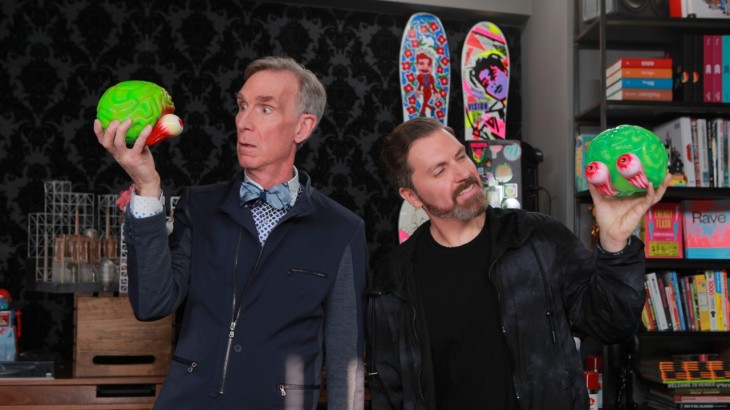 Bill Nye the Science Guy is doing what he does best. The famous science communicator has once again stepped in front of a camera to talk science, but this time he’s not doing it for a PBS show.

Nye has teamed up with Insomniac to unveil the “kinetic energy” theme of Electric Daisy Carnival Las Vegas 2019: kineticENERGY.

“Hundreds of thousands of people moving their bodies, freeing their minds, and dancing to music under the glow of spectacular light. We’ll convert all this potential to a carnival of kinetic energy!”

In addition to his appearance in the video, Bill Nye will kick off EDC as host of the Opening Ceremony on May 17.

EDC returns to the Las Vegas Motor Speedway on May 17 through May 19. Tickets can be purchased on the EDC website here.

This article originally appeared on KTNV.com on March 1, 2019. Written by Amy Abdelsayed for KTNV 13 Action News.