By Amy Abdelsayed for The Rebel Yell

Approximately 100,000 light years into the Milky Way Galaxy — in the solar system adjacent to the Alpha Centauri system — is a little planet called Earth.

And on this “Earth” is a hat company that sells the most intergalactic swag in the entire universe. At least, that’s how Frank Mancini would describe his clothing company inspired by a bit of astronomy and a dash of  imagination.

Milkee Hat Co. is the brainchild of student Francesco Antonio Mancini XVI, known by his friends simply as Franky. But for Mancini, the decision to give his clothing company a space theme is deeper than it may appear.

“Milkee is based upon the idea that celestial observation — when we look at the stars — has a uniting effect on the human race,” said Mancini. “When you look out and you see how big the universe is, that’s when you realize how small we are. It then seems irrational to create more divisions between people because, collectively, we are really not as big as it seems from our perspective.”

Mancini says that Milkee, named after the Milky Way Galaxy, was specifically created with a space theme to get people thinking more about this very idea. He says that he hopes getting people to think more about space would have a humbling and uniting effect.

That, and the guy loves hats.

“I collect them. Not just snapbacks — I like anything fresh and original,” he said walking to a wall in his room displaying the largest collection of hats imaginable — in all different colors and styles. “I wear a hat every day.”

“Well, unless I’m at a formal event,” he joked. “It’s a great way to avoid getting haircuts.”

Mancini says that clothing has more potential than just making you look good.

“I feel like it’s a really easy way to reach people if you have a message. I mean, how many people look at your shirt every day?” he said. “A hat is right on your head people can’t look at your face without seeing it.”

Mancini says that he wants to take Milkee a step further than simply spreading a message. He wants his clothing company to give back to the community as well.

“We call it our Snapbacks for Lunch Sacks Foundation,” he said. “With the economic recession right now there are a lot of kids, more so than in previous years, that do not have anything to eat and we want to change that.”

For now, Mancini is still trying to figure out how to allocate the money.

“We want to be able to order more hats and get more designs so we obviously need to make back what we’re spending on this shipment,” he said. “I think for our first hat design, fifty percent of what we make after original costs will be towards expanding our product line and fifty percent will go towards feeding the kids.”

Mancini says many of his friends want to get involved with his company.

“The people that have been helping me with this have really taken it upon themselves,” he said. “I’m a student and I’m pretty busy. I don’t have enough time to make it successful on my own and so a lot of people have approached me and asked to get involved.”

DeAnti Perez is a student at UNLV and also a  friend of Mancini. Perez says that he was onboard with the idea way back when Mancini first pitched it to him before they had a physical prototype. Then, when the sample hat came in the mail, he was very impressed.

“Milky Way Galaxy is a cool theme,” Perez said. “There’s so much to do with it on a creativity level.”

Mancini does not consider himself a conventional visual artist so he has teamed up with artist and friend Tya Frabott to come up with designs.

“I wanted to get involved with Milkee because I find truth and connection with the concept,” Frabott said. “We as a community have the potential to learn from one another and grow as a whole.”

“Milkee has the potential to create an art form to help illustrate such concept to the public,” Frabott said. “Participating in Milkee gives me pure excitement and an outlet for my artistic perspective and expression.”

Mancini may not be a visual artist but he still considers himself a creative, well-rounded individual. He has been a musician all of his life and was in several bands ranging from folk music to hip-hop.

But at UNLV, Mancini’s background is in science. He was a pre-professional biology major for two years before switching over to psychology, and he works as a physical therapy technician at Dynamic Spine and Sport Rehabilitation.

“I’m really thankful for all of the people that have helped me out,” he said. “They give me input and feedback, tell me what people are saying and they give me direction for what I’m going to do next.”

Mancini already has in mind what he wants to do next.

“The next thing we are going to do is probably a shirt because people seem to really want shirts,” he said.

One of the most exciting moments about Mancini’s company starting to grow was the first time he saw someone he did not know wearing a Milkee hat on campus.

“I was riding my skateboard on campus and I saw a kid — he had a gym bag and a hat on backwards — he was all swagged out. And I realized his hat was my Milkee hat,” he said. “It really made me feel like it was all worth it.”

“To know that someone else bought it because they liked the concept and are willing to spend money on a product that you created is really fulfilling,” he said.

This story originally appeared in The Rebel Yell. 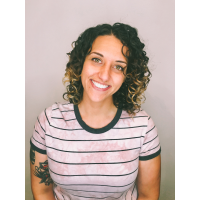